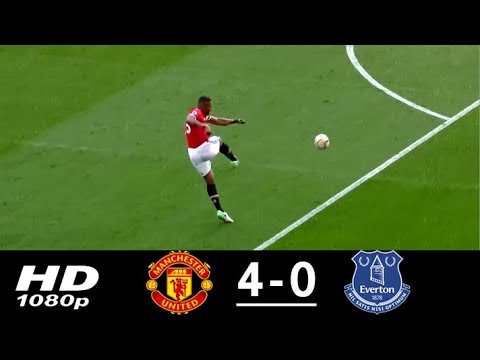 Wayne Rooney’s first return to Old Trafford since leaving Manchester United in the close-season ultimately ended in a 4-0 thumping thanks to three late goals, as Romelu Lukaku scored against former side Everton to heap the pressure on Ronald Koeman.

United were poor for much of Sunday’s Premier League match, but blew Everton away in the final stages, with Rooney – who previously missed a couple of good chances – powerless to help following his substitution in the 82nd minute.