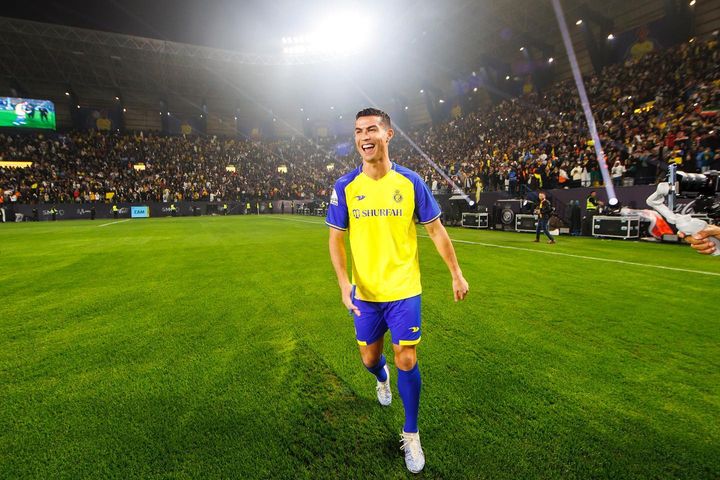 Former Manchester United forward and his partner Georgina Rodriguez have been given a go ahead on Saudi Arabia’s strict law on non-married couples living together.

The 37-year-old joined Al-Nassr on a two-and-a-half-year deal worth £173million-a-season after having his Manchester United contract ripped up.

In the chat, Ronaldo accused Man Utd of betrayal, while also revealing he did not respect manager Erik ten Hag.

Ronaldo was unveiled as an Al-Nassr player earlier this week with partner of nearly six years, Georgina, and his family present at the 25,000 strong Mrsool Park.

However, with the couple not being married, by living together they would technically be in breach of Saudi law.

That’s according to Sport, who have gone on to state that dad-of-five Ronaldo, and mum-of-two Georgina, will get a pass due to his status as one of the most-marketable athletes in the world.

The report goes on to quote two Saudi lawyers, who predict authorities will not interfere.

“Although the laws still prohibit cohabitation without a marriage contract, the authorities have begun to turn a blind eye and do not persecute anyone.

“Of course, these laws are used when there is a problem or a crime.”

“The Saudi Arabian authorities, today, do not interfere in this matter [in the case of foreigners], but the law continues to prohibit cohabitation outside of marriage.”