Romelu Lukaku Sits Down To Address Absolutely Everything About THAT Interview, Fans Are Outraged 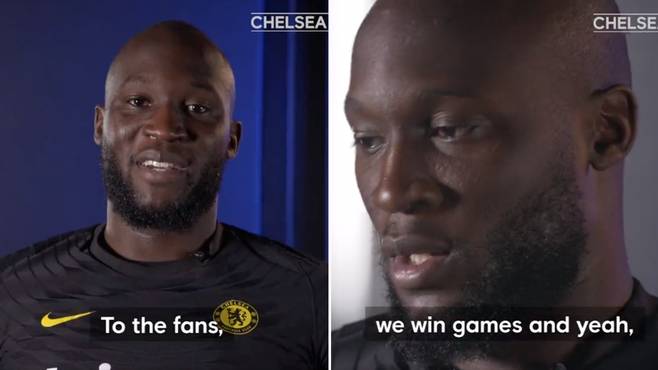 Romelu Lukaku has apologised to Chelsea fans for his controversial interview and wants to draw a line under it.

Lukaku sent shockwaves across Stamford Bridge on Thursday after expressing his unhappiness at the club in a chat with Sky Italia.

During the interview, Lukaku spoke of his love for former club Inter Milan and admitted he’d like to return one day.

It saw the 28-year-old dropped for Sunday’s 2-2 draw with Liverpool and after a talk with manager Thomas Tuchel, both camps are ready to move on.

“To the fans I’m sorry for the upset I have caused,” Lukaku told Chelsea’s official YouTube channel.

“You guys know the connection I have with this club since my teenage years, I understand you guys being upset.

“Obviously, it’s up to me now to restore your trust and I’ll do my best to show commitment every day on the training ground and in the games, make sure we’re winning the games.

“Also, to the manager I apologise and I said to my teammates and the board because I think it was not the right moment.

“I want to move forward from this and make sure we start winning football games and I perform for the team in the best manner.”

Lukaku returned to Chelsea for a club record £95 million last summer and has scored five goals in 13 Premier League appearances this season.

While his actions weren’t an attempt to force a move after just five months back in England, fans haven’t been quick to accept his apology.

One commented: “Seems so unapologetic, not having it at all.”

Another added: “Ffs that’s so generic.”

A third said: “Will take a lot more than that to win the fans over.”

While someone else put: “Man’s tryna hide his laugh throughout the video.”

Lukaku gave the interview three weeks ago after recovering from an ankle injury and a battle with Covid.

He’s scored in his last two games, in victory over Aston Villa and a draw against Brighton over the festive period.

Chelsea are second in the Premier League and 10 points behind current league leaders Manchester City.