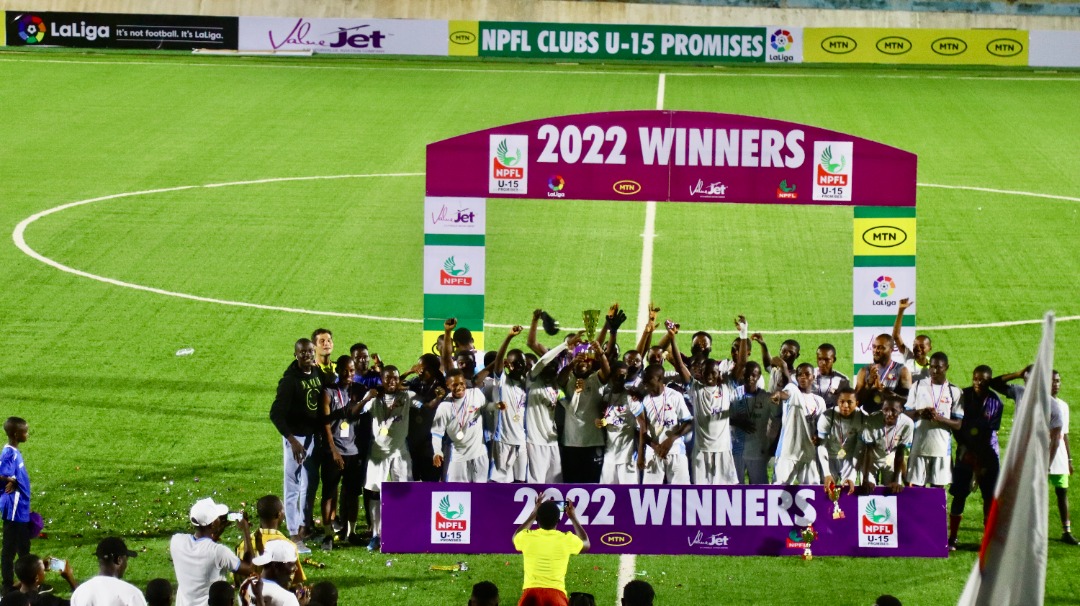 Following participation from 15, U-15 clubs across the country, Remo Stars have won the 4th edition of the MTN/NPFL/La Liga U-15 Tournament. Remo Stars were crowned champions after defeating Sunshine Stars two nil in a closely contested final.

Tyronne Ebuehi: A player who has had his injury battles but…

Remo Stars U15 took the lead in the 15th minute through danger man Arierhi Kparobo, Kparobo has been in fine form throughout the tournament making no mistake with his finish.

The second half saw some breathtaking saves from both keepers as the shots kept increasing. Ultimately, Kparobo got his brace after a well struck shot inside the box leading his team to victory.
Speaking after the final, Senior Manager, Sponsorship and Promotion, MTN Nigeria Limited, Osaze Ebueku, praised the tournament for showcasing and advancing grassroots football. “We saw the talents that came through, we saw how passionate the players were and this is the future of our football. Grassroots football is where we are looking forward to getting stars into the Super Eagles. I am highly impressed with what the players displayed since the commencement of the tournament and at the finals. The tournament has really improved and I am proud of the players that participated. What this means is that the future of our football is very bright and we are proud. He added
In the third-place match which took place earlier in the day, Katsina United edged out Kano Pillars 5-4 on penalties after the two sides played out a nail biting 2-2 draw.
Recall that in September last year, the Telco giant signed a partnership with the Nigerian Football Federation to become the Official Communications sponsor of the Super Eagles and other national teams. This partnership sees MTN execute several exciting activities around Nigerian football, allowing football lovers to enjoy the sport uniquely.
MTNNPFLSuper Eagle
0
Share

Tyronne Ebuehi: A player who has had his injury battles but he is still standing…

Samuel Chukwueze: The Villarreal wing-wonder who could add the ‘extra’ to the Super…

Tyronne Ebuehi: A player who has had his injury battles but…