The crowning work of Rema, the Prince of Afrobeats, is worthy of his status.

His song “CALM DOWN” released in the year 2022, has sold over half a million copies in the United States alone.

A single album can be certified gold by the Recording Industry Association of America (RIAA) if it has sold more than 500,000 copies in the United States.

Thanks to his Gold award, Rema is now the youngest and quickest afrobeat artist to get certification from both the BRIT and the RIAA. With “IF” he surpassed Davido’s previous record for the quickest Afrobeats single to achieve Gold certification in the United States.

The record for the fastest Afrobeats song to be certified Gold and Platinum in the US was held by Wizkid, but Rema smashed that mark with ESSENCE. 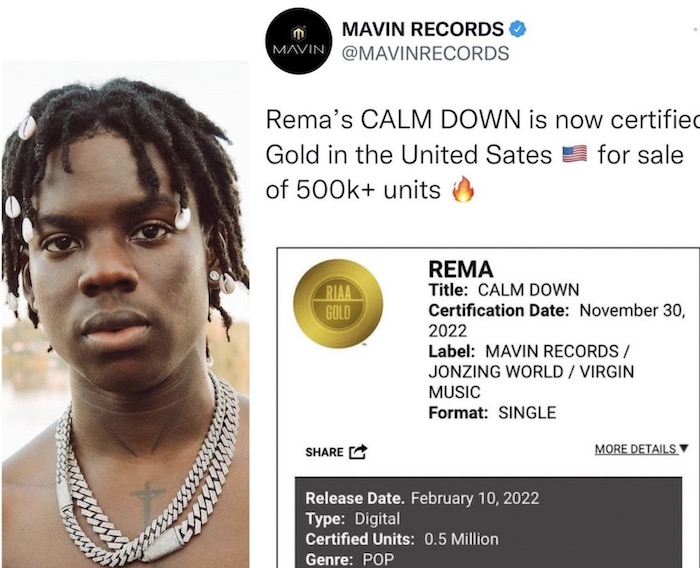