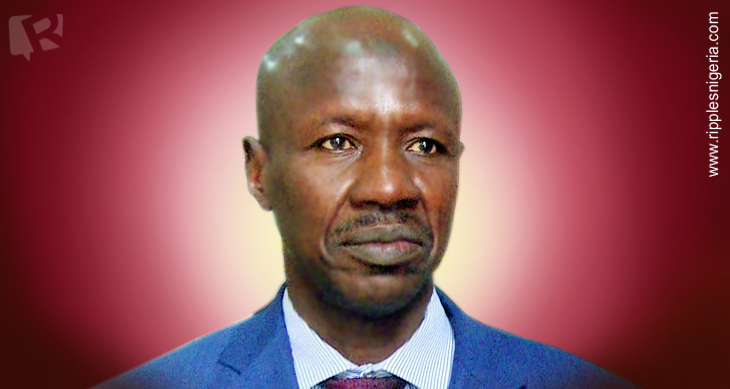 The committee accused the Economic and Financial Crimes Commission (EFCC) of blackmailing the Attorney-General of the Federation and the Ministry of Justice with allegations of impeding the government’s anti-corruption drive.

In a statement signed by the Special Adviser on Media and Publicity to the Attorney General of the Federation, Salihu Othman Isah , ‘there are several other documents detailing the commitment of the AGF and the Federal Ministry of Justice to ensure that Nigeria is fully ratified as a bona fide member of the Egmont Group and other international anti-graft bodies in line with President Muhammadu Buhari administration’s effort to combat all corruption and other forms of crimes. However, it is a sad tale to tell how the Acting Chairman, Ibrahim Magu-led EFCC has frustrated these efforts and even had to resort to blackmail in some instances oftentimes, alleging that the AGF and the Ministry were all out to impede the government’s anti-corruption drive’.

“ Magu and other EFCC officials, and a times through online publications, had at one time or the other accused the Minister of trying to compromise the war. They have always perceived the Office of AGF as a threat instead of addressing the issues related to the best strategy to fight corruption advocated by the AGF’.

The committee was set up by Vice President Yemi Osinbajo, following the recent sanction on Nigeria by the global body for allegedly flouting its rules and regulations saying, ‘the suspension of Nigeria from the Egmont Group of National Financial Intelligence Units at its July 2017 meeting in China with a threat of an expulsion in January 2018, if Nigeria did not meet the standards of the Group with regards to its operations, has dire consequences for Nigeria on many fronts.”

The committee is also expected to submit its report by August 31.