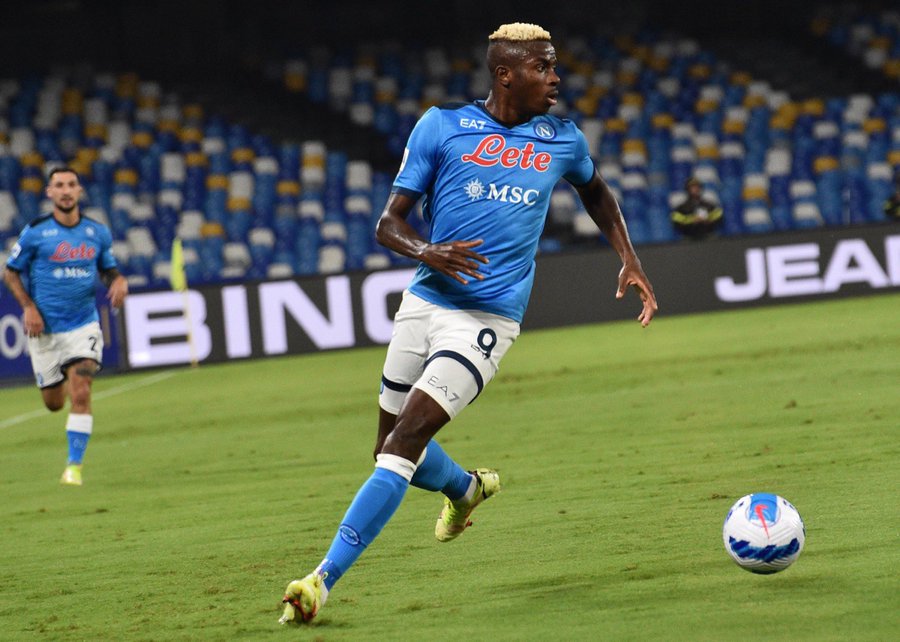 Drogba lauded the Nigerian striker while reacting to a video clip on Twitter, where Osimhen, who should have played a penalty, unselfishly gave the ball to his Napoli teammate Khvicha Kvaratskhlia to play the spot kick against Ajax in the Champions League.

Kvaratskhlia scored the spot kick to put Napoli 3-1 ahead in the 62nd minute.

Drogba wrote on his Twitter handle: “That’s a complete striker: unselfishness…the real meaning of “win as A TEAM “!!!! @victorosimhen9 #fuoriclasse“