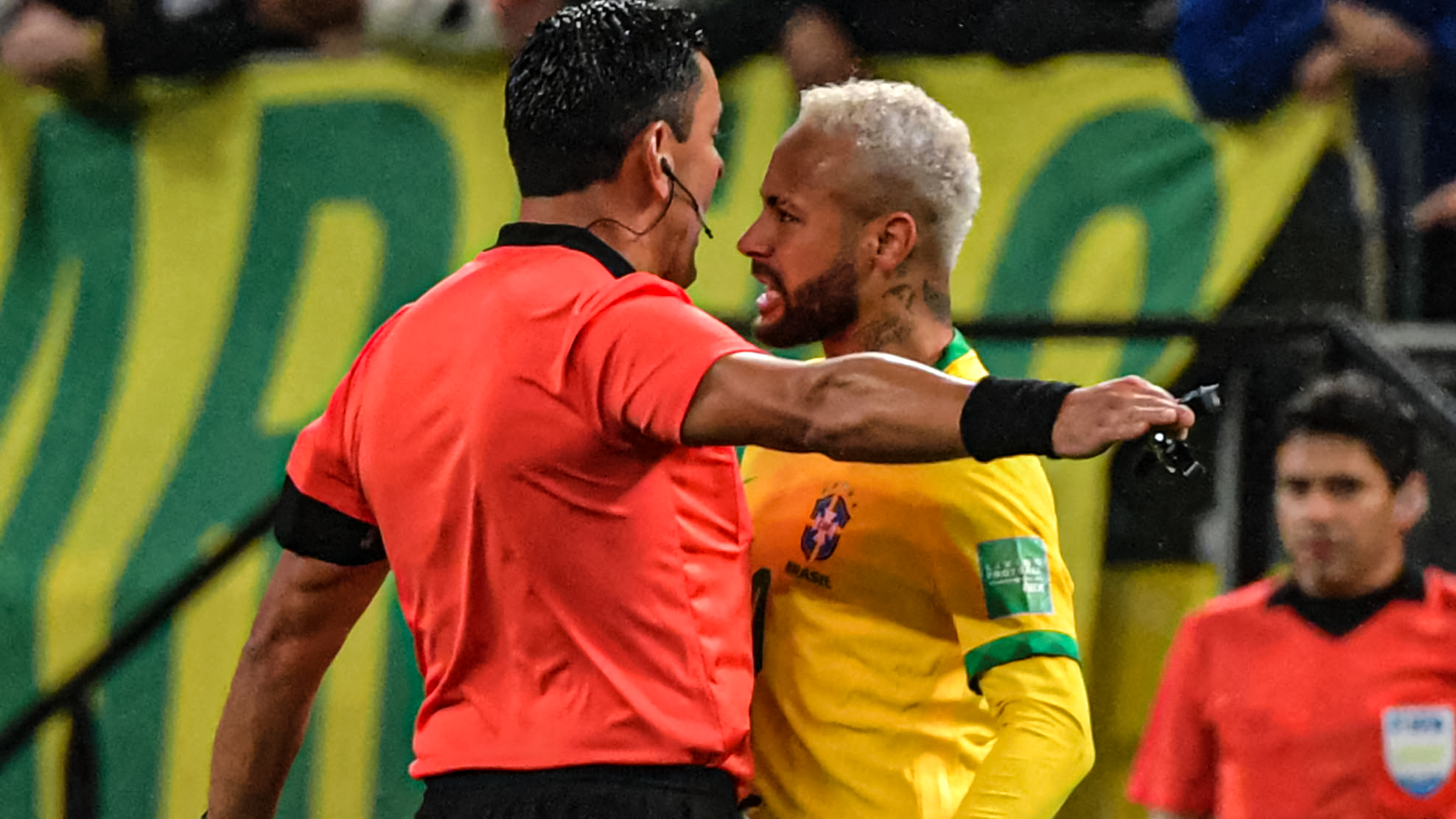 Neymar appeared to bump referee Roberto Tobar in the first half of Brazil’s 1-0 win against Colombia on Thursday that clinched the nation’s 2022 World Cup qualification.

The Selecao star was frustrated by the physical play of the visitors in the opening exchanges, with defensivee challenges leaving him writhing on the ground on several occasions. He was not booked for the ninth-minute incident with Tobar but later picked up a yellow card for dissent.

Neymar and went on to record an assist in the triumph that saw Brazil continue their unbeaten run in CONMEBOL qualifying.

What happened?
Neymar came face-to-face with Tobar in the ninth minute and appeared to make contact with the official. The below video is available for U.S. viewers.

[email protected] gets right in the face of the referee!!! 👀👀👀 #CONMEBOL #WCQ #BRAvsCOL pic.twitter.com/0Swx2hDGkD

The forward was close to scoring later in the match as Brazil pushed for the lead, but his eventual contribution came as the supplier to Lucas Paqueta’s winner.

With the victory, Brazil officially qualified for the 2022 World Cup.

Brazil have qualified for the 2022 World Cup 🔒

Neymar’s qualifying contributions
The forward kept up his fantastic World Cup qualifying record on Thursday with his second-half assist.

Through Brazil’s first 12 matches this term, he’s provided seven assists to go along with seven goals.