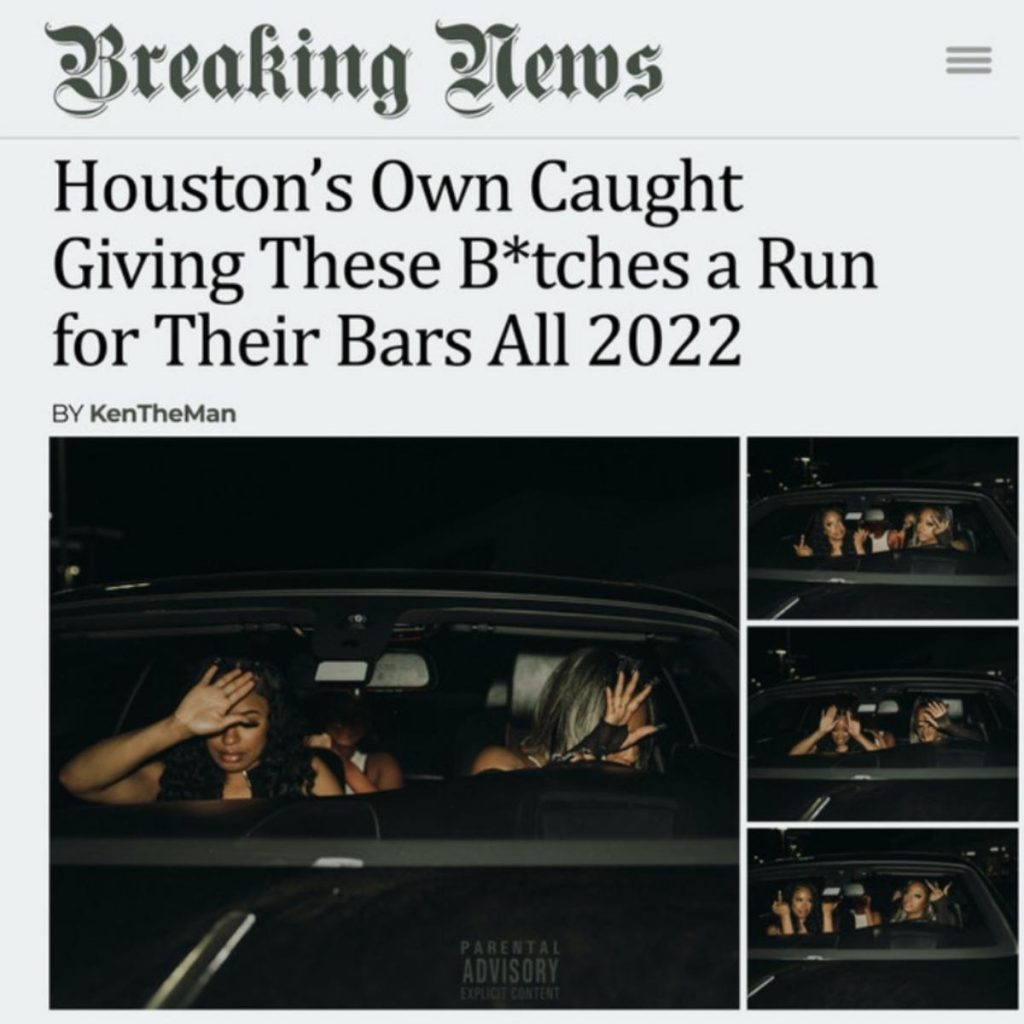 27-year-old KenTheMan didn’t come to play on her latest New Music Friday release – a double single, dubbed Hard On A 304, consisting of a two-minute-long track called “Feelin Sexy,” and a just under three-minute-long title by the name of “Join Em.”

As HipHopDX reports, both songs came along with Dang Films-directed visuals that show the Houston-born hottie hanging out with her girl gang as she gets her bars off for the camera, later riding around the city in a lavish Rolls Royce in the “Join Em” video.

“Make sure y’all go grab the double release and watch the videos,” Ken urged her Twitter followers following her short and sweet project’s arrival. “I’m just warming up,” she added, seemingly hinting that even more new music will be on the way for us soon.

Which of KenTheMan’s new music videos are you rocking with? Drop a comment below and let us know.

I had to cut off his light, I met another n*gga he in the life

Game me some racks, I ain’t even gave him the pussy

Said he supported the grind