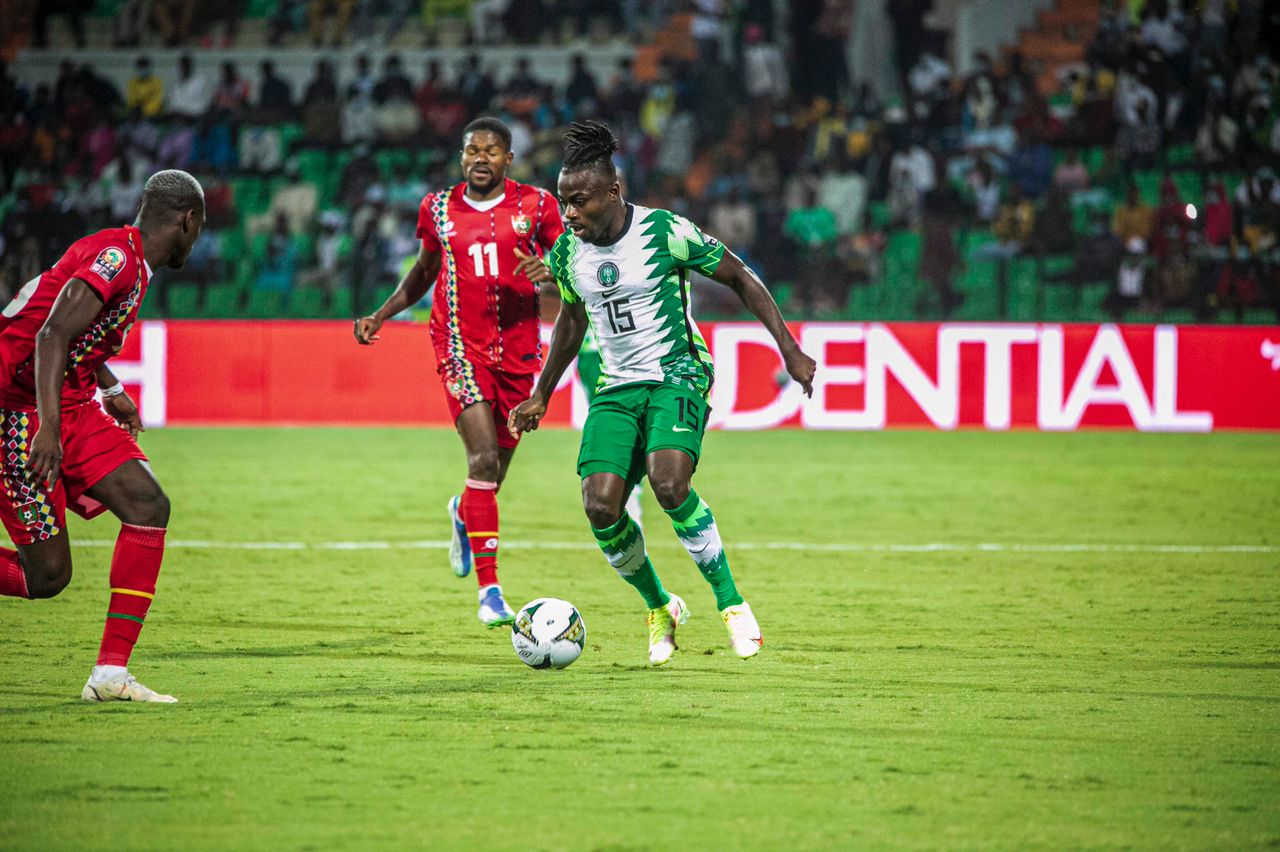 Kelechi Iheanacho might have scored the winner in Nigeria’s 1-0 win over Egypt in their Group D 2021 Africa Cup of Nations opener, but Moses Simon was equally impressive.

Just like in biblical times, Moses tormented Egypt, especially down the left flank. He was a nightmare for Egypt’s right-back, who could not keep up with his pace and trickery on the ball.

It was a performance the 27-year-old needed as he has been on the receiving end of harsh criticism from Nigerians in recent games.

Moses has had quite a journey in his career, although he is only 26 and one of the senior members of the Nigerian team.

The 26-year-old, born in Jos, started his career with GBS Academy, but it was against his father’s wish, who wanted him to join the military.

Moses caught the eye of scouts during his time at the Academy and was linked with many clubs. Eventually, he signed a pre-contract deal with Ajax.

Although he had a successful trial at the Dutch club, Moses did not sign a deal with Ajax due to the financial offer.

Nonetheless, he sealed a move to AS Trenčín after his trials at Ajax. Moses had a brilliant time at the Slovakian club, scoring 17 goals and recording ten assists in 38 games for the club.

However, he had a short spell at the club as Gent paid 800k euros to sign him after just a year. Moses spent three years at Gent, scoring 21 goals and registering 18 assists in 136 games.

He left the Belgian club in 2018 to sign for Levante. But he had a short and disappointing spell in Spain, leaving after just a year.

Moses initially joined Nantes on loan after leaving Nantes before signing a permanent four-year deal. He has been brilliant since signing for Les Canaries, particularly this season.

The 27-year-old has been Nantes best player this campaign with two goals and six assists in 18 league games.

At the international level, Moses has been one of the most dedicated and consistent players since he made his debut in 2015.

He missed the 2018 World Cup through injury but was part of the team that won bronze at the 2019 AFCON.