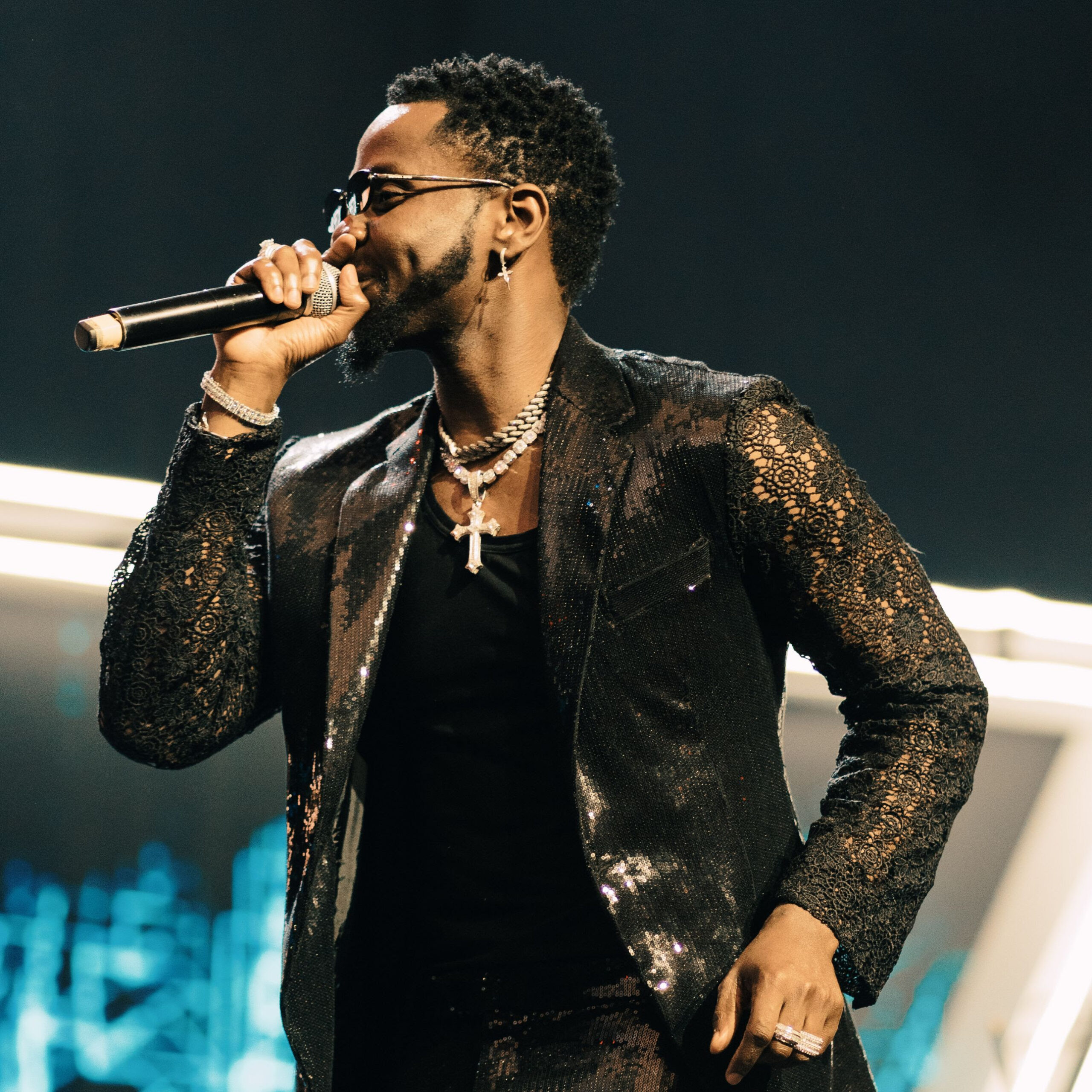 Following the successes of his global tour and the release of his recent hit track, ‘COUGH’, incredibly multi-talented Afrobeats, Pop, R&B singer/songwriter, Kizz Daniel is arguably having an impressive time of life as FIFA announces him as one of the headliners at the FIFA Fan Festival event in Doha, Qatar.

The performance, which is an extension of FIFA Sound, is an entertainment strategy designed to bring more connections between the beautiful game of football and music.

A few months ago, when the artist with the historic record of “No Bad Songs” tweeted that he would love to perform his hit single ‘Buga‘ at the World Cup, little did he know that the universe would grant him this fervent wish. In a quote, the singer said “When you have a dream, you have to hold on to it and never let go. The FIFA Fan Festival in Doha is a collective dream and we’ll make it a once-in-a-lifetime experience!” 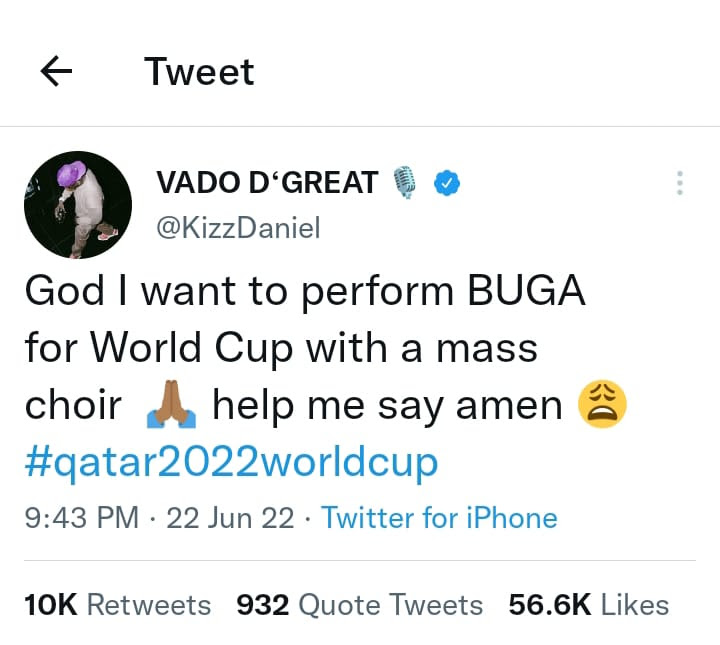 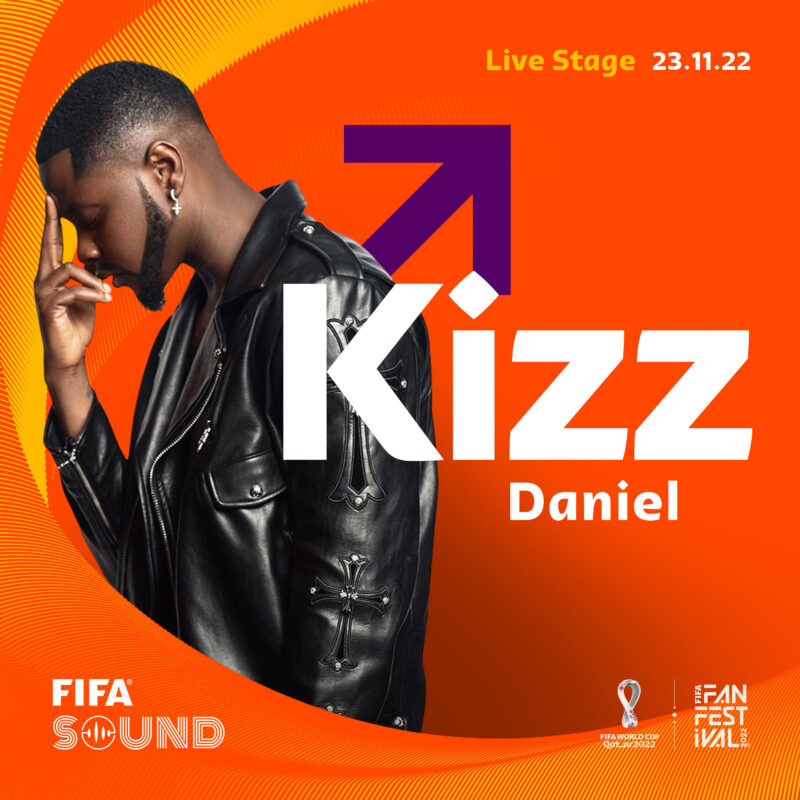 Among more than 20 additional top-level entertainers from around the world performing at the event, Kizz Daniel will be performing alongside five international award-winning singers — American artist, Diplo on November 22; Nigeria’s Kizz Daniel on November 23 – 20h55 – 21h40; Canadian crooner, Nora Fatehi on November 29; American singer, Trinidad Cardona on December 1 and Scotland’s Calvin Harris on December 10 — at the Qatar 2022 FIFA Fan Festival mainstage as part of the FIFA Sound lineup, all in a bid to enrich the great programme of the FIFA Fan Festival over the 29-day tournament at Al Bidda Park in the heart of Doha, next to The Corniche.

Kizz Daniel has enjoyed a successful 2022 with his single ‘Buga‘ becoming one of the biggest singles out of the continent; his successful ‘Afroclassic Tour’ of the UK, US, Canada, and select African countries, including Rwanda, Namibia, Uganda and one of South America’s vivacious entertainment hubs — Suriname; and now his addictive street jam, ‘Cough‘ Odo.

This gifted artist is now ready to take ‘Buga’ to the most significant event in competitive sport — the 2022 FIFA World Cup which holds in Qatar from Sunday, November 20, 2022 to Sunday, December 18, 2022.