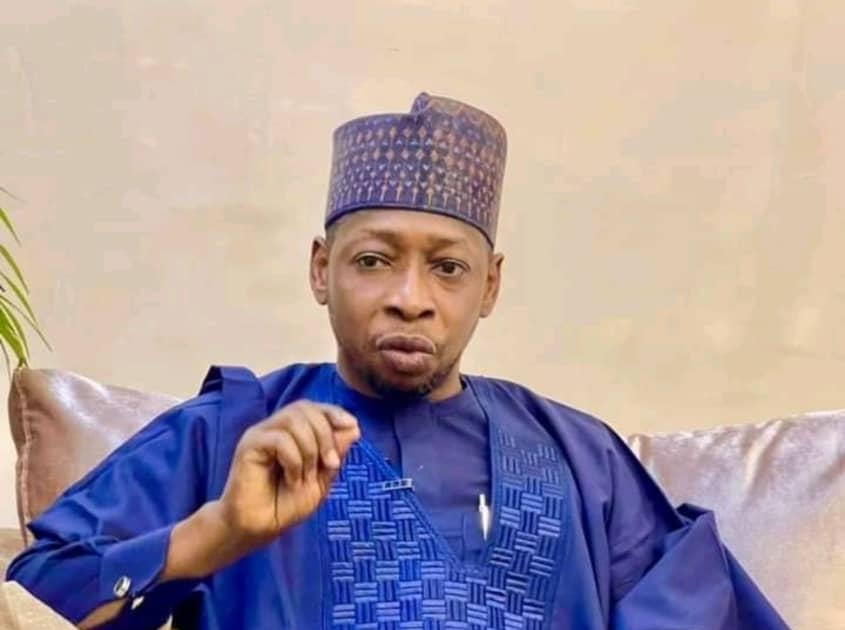 Let’s the the truth be told, had it been we are fortunate enough to be in any of the globally advance country where integrity, pasts antecedent, well articulate vision and agenda, educational endowment, exposure, connectivity, genuine and selfless sacrifice to humanity, humility, decency and natural zeal to bring transformation are the yardstick and major requirements to elect a leader, then I can say unquivocably and without any iota of doubt the man would have been given the ticket and mandate to be the party flag bearer in our ancient city without going through the hurdles and rigorous process of conducting primary election.

With due respect and acknowledgement of the qualities and capability of other candidates scrambling for the golden opportunity to be on the exalted seat of the state no 1 citizen, let face the reality and speak our minds beret of sentiment, blindfolded loyalty or selfish interest and take a critical look of the C.V of all those aspiring politicians seeking for the seat and place them on the testing machine running by the requirements and standard I mentioned above, attached on the pedestal of picking the best out of the best, then the researcher and analyst would definitely found the naked truth that A.A. Zaura towers above all others.

For here is a man who is fully endowed with all the above mentioned qualities and even more. To begin with, the man is Integrity personified. A decent business man who is able to climbed the ladder of been successful with abundance of several lucrative business venture scattered across the globe. His business acumen couped with integrity and honesty in all his dealings are ingredients that are lifting him up to the extent that he is today been counted among the most successful and globally acknowledged business tycoons. His wealth is clean, pure and hard-earned. A proceed of an articulated, brilliant and exceptional brain that knows how to play it’s card and press the right button. Having him as a governor would transform the state economic standard by attracting foreign investors, sustainable and profitable economic policy wrap with global effective standard of generating revenue that would be in a professional manner that would ensure blockage of dubious means in which some ungrateful personals use to steal from the state treasury.

Decency and humility has been his trademark in politics. It is vividly clear and an open secret that Politics of the state is always been associated with dirty and unmerited fighting among the same party members and opposition. Treading insults, name-calling, dehumanizing, immoral wording, castigations and unfounded allegations and other dirty scumble too numerous to mention. As those supporters backed by their individual sponsors are busy fighting and bearing their face naked in this shameful act, the man Zaura has oriented and trained his supporters and media aides the act of playing politics with decency and mutual respect of others. They are tutored to spread love, peace and harmony coupled with act of sticking to the rule of law, respect of the existing authority and rational not blindfolded loyalty. You would never find any of his notable supporters castigating or insulting anyone. To him, politics is an avenue of seeking people mandate and support to be in a position to better their lives. As such it never meant to be a do or die affairs if one is really sincere and driven by zeal to serve humanity unless one is mentally desperate to occupy position for self aggrandizement and nothing else.

An educated to the core, the man popularly refers as Execelleny has deep hunger of knowledge which led him to aquire certificates in different fields and capped it with a Masters Degree. As he value education and it’s important to humanity, the man has and still spending a fortune in building classrooms, provision of instructional equipments, provision of scholarship to downtrodden, building and renovations of islamiyya schools and many other supports to the educational sectors.

It is on record that among all those aspiring for the seat have in one time or the other held or still holding public office or works with government or it’s agency. Despites all his humanitarian gestures that spanked for almost two decade through his globally acknowledged A. A. Zaura Foundation which it’s activities covers all areas of need to the downtrodden, fatherless kids and infrastructural developments to the humanity which is swallowing unprecedented astronomical amount of money running into billions. And the glaring fact worthy of mentioning is the fact that the man has never held public office, elected or appointed. Never work for government in any capacity, but a mere astute and effective self-made successful business man. Therefore, having him as a governor would simply brought sanity and peaceful yet effective administration’s headed by man that is as pure as saint without any skeleton in his cup. The fear of investigative agency descending with one charge, petitions or the other is non-existent.

Having an experience and widely travelled personality with wide range of connectivity with powerful politicians and business gurus across the globe would surely comes handy in building the state in every human developmental sectors that would be handle and program based on international standard that would tally with technological changes occuring in our global world. An experience and expert in global transitional trends, he is indeed a right choice that is abreast with reality of the happenings around the global world.

His youthful nature is indeed a plus to his aspiration as the developmental oriented nations in the world are now entrusting their future and collective destiny in the hands of capable and highly talented youth to take them to the promised land. Infact that what prompted our government to initiate and implement the policy and mantra of “Not too young to rule’ advocacy. In Abdulsalam Abdulkareem Zaura, we are immensely blessed to have a youth who has attain the level of rubbing shoulders with high and mighty. A youth burning with unquenchable hunger and desire to save humanity, set a new developmental policies, change our way of doing things, create a lasting legacy and prioritize trenperacy and accountability in handling government activities. A rare jam that deserved the support of those yearning for a brighter future for our generation and generations yet unborn.

Moreover, he proves himself to be a master tactician with extraordinary foresight that is marvel to watch. As the contestants of the seat dedicated their whole to a shameful and unmerited fights and grandstanding of showcasing their overnight COMMITTEEMENTS to bogus empowerment, struggling to out muscle each other, the man of the moment is busy spending huge amounts of money in sponsoring large number of personals who are currently going round all the Forty four local governments of the state, enlighten public to go out and aquire their voters card. A project that should occupy the minds of all those politicians seeking for elective posts. They tend to forget that an election shoud be a mere waste of time if voters didn’t vote. And an instrument of voting is a votes card and ensuring people aquire it should be a major priority. And the fact that is now an online affairs, our people needs to be oriented and provide with assistance to find time for it. We are prone to been shortchange and left out if we fail to fully mobilize our people. Even in the national politics, our strength lies in our numbers. But those numbers may turn out to be useless if our people didn’t possess votes card. This is what should occupy our leaders but many fail to give it maximum support and attention. But Zaura realized it’s implications by concentrating and spending huge on this area which would in the end benefit candidates seeking for any political posts.

It goes without saying that the man Zaura is not just a blessings to the state alone but the entire nation and the parties generally. For those been enlighten and encourage to aquire the cards are not just been advice to do it but are also given a financial inducement to ease the process having been given enough to snap the required pictures, pay for the online registration and keep enough for other needs. And all these are been offers to everyone irrespective of party affiliation..

Every state in the entire federation would pray, yearn and dream of having such a rear and extraordinary personality in their domain. As such our ancient city is immensely blessed to have this youthful son of the soil and we should do everything possible to ensure he at end of the day occupy the exalted seat for the benefit of our generations and generations yet unborn..

How Do We Encourage A Good Quality Of Life In Africa?