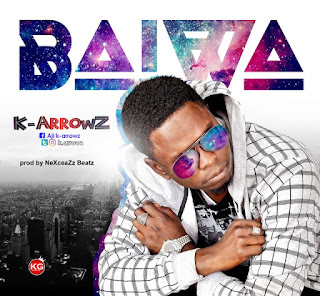 This year is going to be hot because it has been hot song after hot song for one of Arewa’s icon and popular dual group known as K.arrowz who are gradually taking over the spotlight  in the Hausa hip-hop industry.

Despite the absence of one of the group member K.B T who has been in Ghana for a while now, the group leader in the person of Aji has kept the fire burning up high with songs like Wuya bata kisa which was produced by KefaZz,Tina da ran kiyama and Gwani which were both produced by Nexcezz Beatz and he also featured in Dabo Daprof’s latest song Do The Buhari which even nexcezz who produced the song also featured on it. Now he is here again with another mind blowing song titled BAIWA produced by Nexcezz Beatz.this song is so far one of his best song ever and you all have to download the song to enjoy good music from the Hausa hip-hop industry