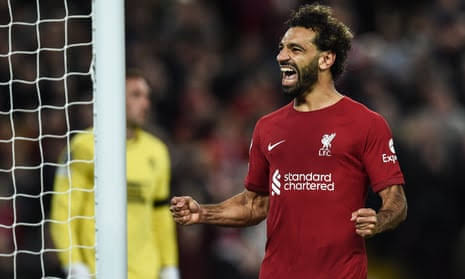 Mohamed Salah came off the bench to score an incredible six-minute hat-trick as Liverpool obliterated Rangers in the Champions League.

The striker netted three times in his sensational first 13 minutes on the pitch to silence a once-euphoric Ibrox crowd.

Scott Arfield had given Rangers an early lead with their first group goal, but a Roberto Firmino double and a Darwin Nunez strike set Liverpool on their way, with Harvey Elliott getting a seventh after a VAR check.