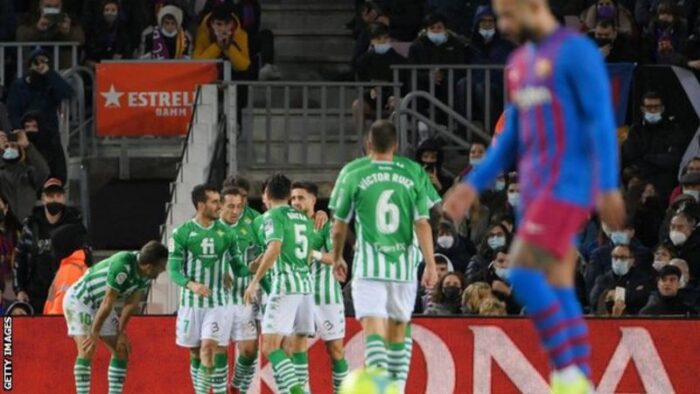 Xavi’s unbeaten start as Barcelona boss was brought to an abrupt end as the Catalan giants were defeated at home by Real Betis in La Liga on Saturday.

Juanmi finished a swift Betis break to send the visitors third in the table, six points behind leaders Real Madrid but having played a game more.

Xavi had won his opening two league games in charge, as well as drawing with Benfica in the Champions League.