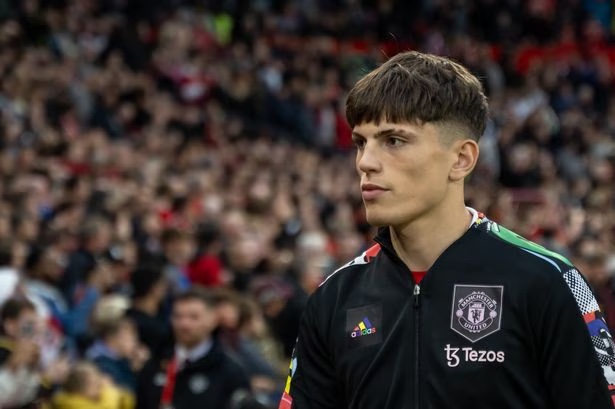 Manchester United boss, Erik ten Hag has hailed his youngster, Alejandro Garnacho, saying he is very happy with the Argentine.

Ten Hag is pleased after Garnacho scored the only goal of the game in United’s win at Real Sociedad on Thursday night.

The Argentine forward scored a great goal to put the Red Devils ahead in the first half after connecting to a delectable pass from Cristiano Ronaldo.

And Ten Hag said he is glad that the 18-year-old is proving he can cut it with the first team.

“We made a really good goal with Garnacho,” Ten Hag told BT Sport.