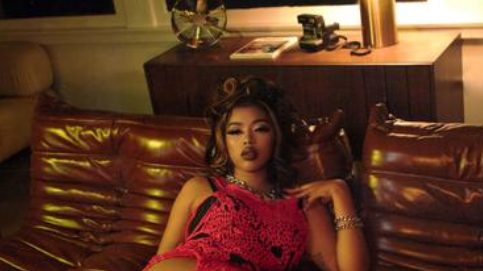 Chicago-bred hyphenate Jean Deaux has come through with her latest full-length offering via her Most Wanted EP. the new project follows up on a string of singles rom the past year, including “Belly,” “Streets,” and “Gang.”

While Deaux is known for her ability to switch it up seamlessly between rapping and singing, she allows sultry vocals to dominate this outing while veering occasionally on offerings like “Nothin 2 Do (wit me).”

This time around, she lasts for 8 tracks, bringing packing features from DESTIN CONRAD, Uno Hype, and Ambre two tracks, going the remainder of the ride solo. It’s a well-rounded follow-up to last year’s Watch This! project which took on a similar formula with collaborators Saba and Yung Baby Tate.

Catch Most Wanted down below.

Wizkid Calls You On Stage To Perform Any Of His Songs With Him And Not Miss A Word – What Song Are You Performing?