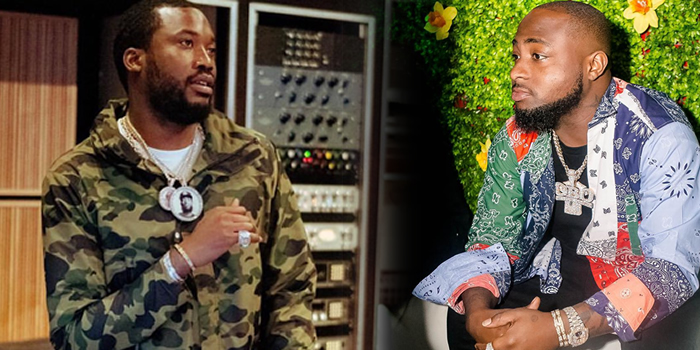 Multiple award-winning singer and performer Davido took to his social media platform to react and also respond to a post shared by American rapper Meek Mill on their fight.

The duo had collaborated on a smashing hit titled ‘Fans Mi’ in 2015, and the duo had not been seen together after that.

Meek Mill, who has shown interest in performing in Africa, had hinted that this would have happened if he and Davido had not had a minor disagreement.

[email protected] a lot of calls from Africa!!! Let’s make it work Davido was suppose to been make it happen we was mad at eachother a lil bit around that time lol

This had prompted the 30 BG singer to drop a response on his social media platform today, Wednesday, October 5, 2022, in regards to that, and his post had indicated that Meek Mill can indeed call him to make it happen.

Kizz Daniel Speaks And It Happens! – The ‘Buga’ Star Is Set To Perform Live At The 2022 FIFA World Cup In Qatar