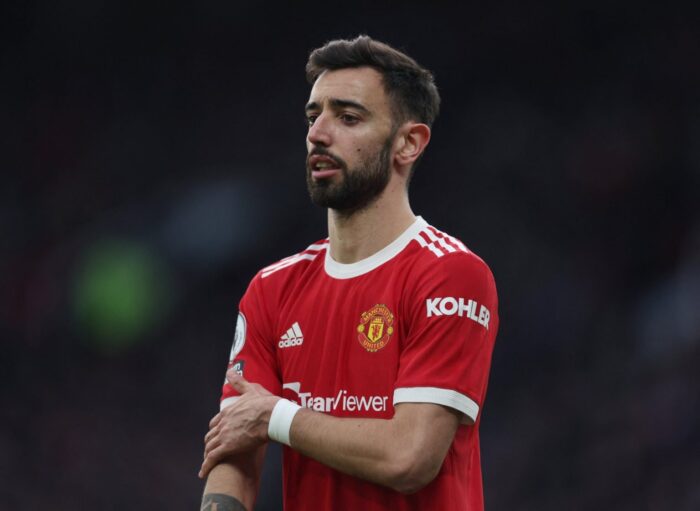 Manchester United midfielder, Bruno Fernandes has claimed Alejandro Garnacho’s attitude problem is the reason he didn’t get chances in the team early.
Garnacho scored his first senior goal for the Red Devils, as they beat Real Sociedad 1-0 in the Europa League on Thursday night.

The 18-year-old has barely featured under Erik ten Hag this season.

Fernandes has now said the midfielder did not deserve to start games until he showed signs of improvement.

“At the beginning of the season he was not at his best. In the [pre-season] tour he didn’t have the best attitude that he should have, and that’s why he didn’t get his chances until now.

“He’s getting his chances because he’s training better, he’s got a different attitude and he’s deserving of his chances,” Fernandes told BT Sport.