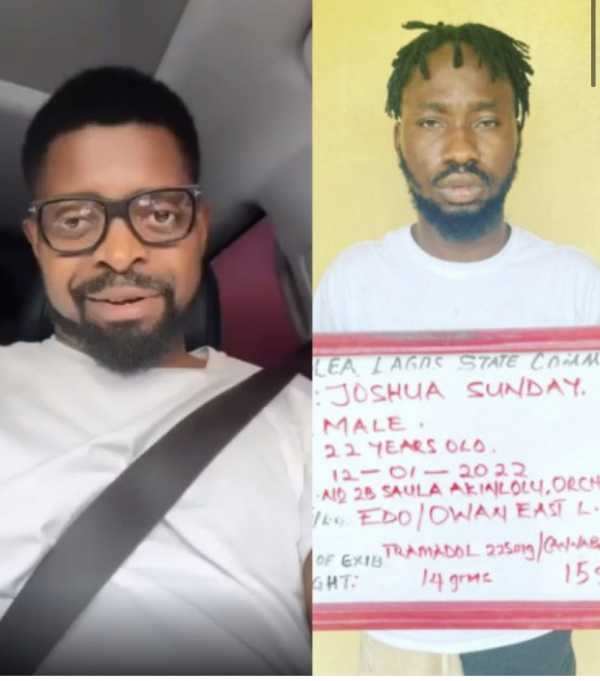 Comedian, Basketmouth has taken to his social media to share his two-cents on the arrest of De-General.

The comedian has berated operatives of the National Drug Law Enforcement Agency NDLEA over what he described as a ”pinch of weed”.

NDLEA operatives stormed DGeneral’s home in Lagos on Wednesday January 12, and arrested him. 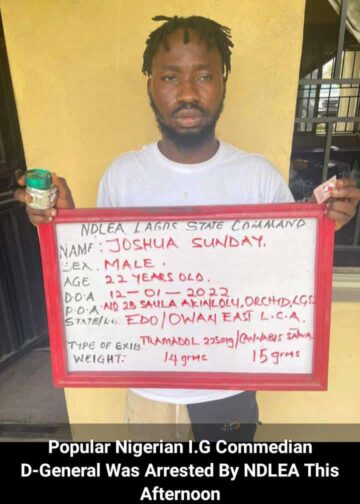 A video of the operatives manhandling him after they invaded his home to arrest him was shared online.

In a statement released, NDLEA said illicit drugs including 200 sachets of 225mg Tramadol and 1.5kilograms of cannabis sativa were recovered from the skit makers house.

Basketmouth on the other hand said Nigeria has bigger issues to contend with than arresting the skit maker. He said the NDLEA operatives know those who carry weed and that they should have ”small shame” and stop embarrassing people.