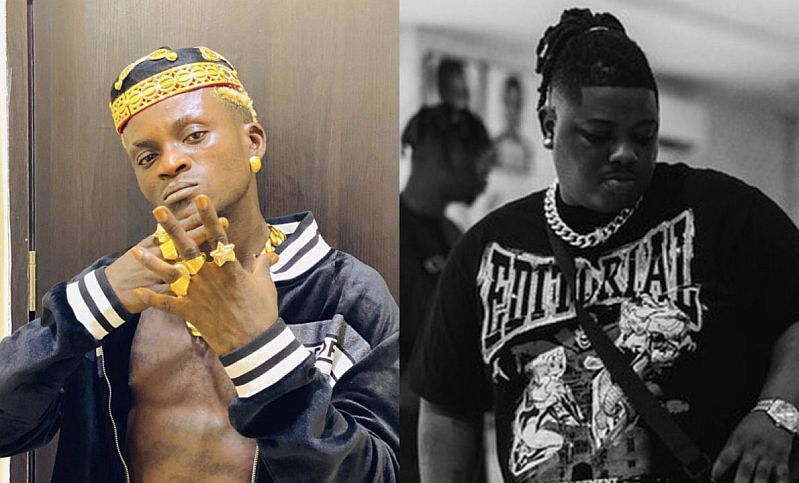 Buzzing street-hop singer Habeeb Okikiola, popularly known as Portable, has linked up with talented afro-fusion act Barry Jhay in the studio and the outcome looks promising.

Portable, who was introduced to the mainstream with his song ‘Zazoo Zehh’ which featured legendary rapper Olamide, is not aiming to leave anytime soon as his work ethic grows by the day.

The Ogo forever hitmaker is not slowing down with his music, and the latest is a feature with ace singer Barry Jhay.

Despite the fact that the newcomer’s career has been riddled with turbulence, he appears to be focused on the business aspect.

Having released two singles, ‘Zazoo Zehh’ and ‘Ogo Forever’ in the space of a month, the energetic singer isn’t slowing down on recording more music and hopefully releasing more tunes.

Sharing the video on his Instagram page, the song with Barry Jhay sounds quite decent.