APC Knows It Will Loose Woefully In 2023, PDP Chieftain Says 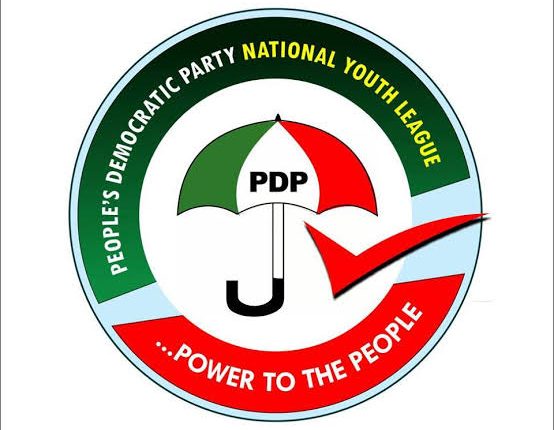 Atiku Support Organisation describes call by the APC National Vice Chairman Northeast, Prof. Tahir Mamman asking Atiku Abubakar to shelve 2023 ambition as laughable……Advices him and his party, the APC to be ready to accept defeat and handover power in 2023.

The call by the APC’s National Vice chairman, Northeast zone, Prof. Tahir Mamman on His Excellency, Atiku Abubakar, GCON, former Vice President to shelve his presidential ambition in 2023 is the ranting of a faint-hearted politician who is afraid of entering the ring and who has foreseen the impending defeat of his party following the consistent and irredeemable failure of leadership by his party, the APC, led by President Buhari.

. Ishiyaku Babayo, the northeast cordinator of Atiku support organisation while reacting to the statement said Nigeria has never had it so bad. Breakdown of law and order, woeful abandonment of the security of lives and property, abject poverty, unabashed inflation unleashed by lack of foresight on the part of President Mohammadu Buhari-led APC government.

According to Babayo, the APC has divided our salient unity as a country leading to incessant desire and agitations for separation by many individuals in our country. APC thrives on nepotism, rancour and disregard for the feelings of many Nigerians who have been extremely sidelined from the scheme of things.

It is shameful and very petty to attack Atiku Abubakar instead of addressing the colossal failure of governance by Buhari and his team. The disgust, anger and frustration of Nigerians are obviously palpable and they can’t wait to sweep out this bad rubbish called APC in 2023.

It is on record that prior to his political position as the vice president in 1999, Atiku Abubakar won the 1998 governorship elections of Adamawa state under the People’s Democratic Party (PDP).

He presided over the National Council on Privatization and supervise the sale of hundreds of loss-making and poorly managed public enterprises in the country.

Atiku believes that education should be a priority and in his own words said ‘it’s the moral and social upbringing of a child to make him/her a cultured member of the society.”

The American University of Nigeria (AUN) is a private university in northeastern of Nigeria. Founded in 2004 by Atiku Abubakar, the former vice president, the school is the only American style university in Sub-Saharan Africa.

He is a philanthropist interested in human capital development. Atiku believes that philanthropy is an investment which has multiplier effect. He sees development as “the effort to increase the productive capacity of a society, improve the people’s well being and expand the frontiers of freedom, while protecting the ecosystem for current and future generations.

An individual’s success is deemed to be of limited social value if it does not lead to the success of others in the family, clan or community.’’

His undying patriotism led to his decision to run for the office of president in 2019 which he won hands down but faced the rigging paraphernalia of the APC. Be rest assured that there will only be credible elections in 2023 and the APC should be ready to handover power peacefully.