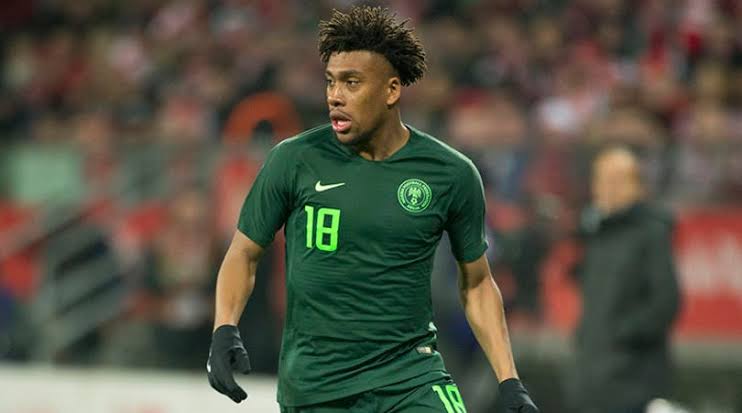 The Super Eagles were the most impressive team at the group stages of AFCON 2021. One player that made them better is Alex Iwobi.

Career
The Nigerian international came through the ranks at Arsenal’s famous academy and made his first-team defeat for the Gunners in 2015.

It came in a 3-0 loss to Sheffield Wednesday in the Carabao Cup. A few days later, he made his Premier League debut.

Iwobi’s first-team career at Arsenal kicked off when he scored in the 2-0 win over Everton, his first league start.

He backed up that performance with another goal in his second league start-which came against Watford. He went on to become an integral member of Arsenal’s squad.

Iwobi made 145 appearances for the Gunners, scoring 15 goals and recording 27 assists in all competitions before leaving in 2019 for Everton.

While his time at Everton has not gone according to as he would have wished, he has played a considerable number of games for them.

The 25-year-old has played 80 games for the blue half of Merseyside, scoring eight goals and registering five assists.

He grew up in a footballing family

Growing up, Iwobi did not need to look further for a role model in the beautiful game. His uncle (Mom’s brother) was one of the best players to have played for Nigeria.

The man is none other than the legendary Austin Jay-Jay Okocha. Iwobi has revealed in the past that his uncle is one of his biggest influences in football.

Although he was born in Nigeria, Iwobi was also eligible to play for England after moving to the country at the age of six.

However, he decided to represent Nigeria, making his debut in a 2-0 loss to DR Congo in October 2015. Iwobi has scored nine goals for the Super Eagles in 50 appearances.

Although he is only 25, Iwobi is one of the senior members in Nigeria’s squad. He has represented the country at three major tournaments- the 2018 World Cup, the 2019 and 2021 AFCON.

Iwobi was in the Super Eagles squad that finished third at the last AFCON.

Tyronne Ebuehi: A player who has had his injury battles but he is still standing strong